Note from our Owner

As soon as you suspect that your investment is showing signs of faltering or cracking, please, please give us a call. We know all about the angst that long-term structural damage can bring. That’s why we are in business.

Remember, we’re here to help. Rather than trying to tackle these aberrations yourself, please feel free to contact us immediately. We’ll consult with you, be your experts, and carefully assess the entire situation then present you a permanent, stable solution; and then hopefully, you will soon see why we have many five-star reviews, and why we love to do exactly what our moniker at the end of each page of this website illustrates: “Let us Relieve Your Stress”.

Warning signs of a possible foundation issue or concern

Foundations, concrete, walls and structures can show signs of splitting or cracking slowly, or all of a sudden. Once this happens, especially do homeowners and owners start to fret. We understand this angst. We’ve spent decades – day in and day out – witnessing these foundation repair problems, firsthand. We know that if they’re not addressed in a timely manner, unfortunately damage can again slowly or quickly escalate.

Foundation cracks, splits and downright cavernous holes can occur due to unstable and shifting soils, poor drainage, seeping moisture, acts of God, or the dreaded shifting, settling or heaven forbid – the horrible sight of watching your building slowly sink.  Hairline or even wide cracks in your foundation may indicate serious structural problems.  In the United States, approximately 60% of homes are built on soils with some clay content – which will long-term bring instability; of these, more than half of clay-embedded homes will eventually experience permanent damage. Soils with a heavy clay content may result in a foundation having a seasonal movement of 40 to 60 mm, where 50mm equals about 2 inches.

Along with shifting clays or sands, seasons that go month after month being dry, can cause shrinkage and cracks. For example, just as homes and buildings across the USA (especially here in the Rocky Mountain Region) have suffered multiple years of borderline drought, these continuous intermittent dry periods wreak havoc on soils, and the structures upon which they are built.

When are foundation cracks serious?

The seriousness of a crack depends on the location, size and number of cracks, as well as whether the home has other signs of obvious structural issues. Thousands of homes and commercial buildings have cracks in their foundations, and the older a building gets, it is usually inevitable that more, bigger cracks will start to appear.

We promise to make your foundation repair project a priority. When you call us to come look at your foundation, you can be sure that you will be taken care of. We realize that the heavy weight of houses can continually cause a foundation to crack, shift, settle, or even sink. Utilizing all of our cutting-edge technology, know-how and tools, we’ll do our professional best to ensure that your foundation is quickly repaired, safe, and secure.

We’ve pretty much seen every conceivable situation when it comes to poor or failing soil:

Depending on the soil condition, years of experience has shown us how to fill voids, bond with hard-to-handle soils and dirt, and to drive the right pieces of equipment in the ground for immediate stabilization.

We’ve been asked to solve problems for hard-to-handle blue clay issues, like the ones that frequently plague the St. George, Utah area, causing houses, structures, foundations, and concrete slabs to split, crack, and even sink (settle). Here’s what we’ll do:

We’ll set all of our equipment and crews up at the topsoil, and start to drill. We’ll drive in a hollow-bar micropile that digs down past the existing void, runs right through that stubborn clay, digs deeper and deeper, slowly spinning downward, until it slams all the way down into bedrock. While that pile is being driven into the ground, we will mix in a ‘neat cement’ grout that instantly bonds with the soil and helps set up a solid base for the penetrating, permanently embedded  micropile. A perfect project illustrates this: We were awarded a building in St George, but after permits were secured it was determined by the owner and HOA that rather than push piers, they requested piles be utilized, so we quickly changed directions, configured the proper equipment and job site, and ended up installing piles that went in deep, past the terrible void and blue clay. The owners and HOA were completely satisfied with our results. 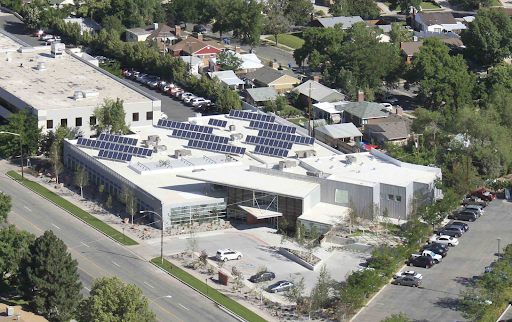 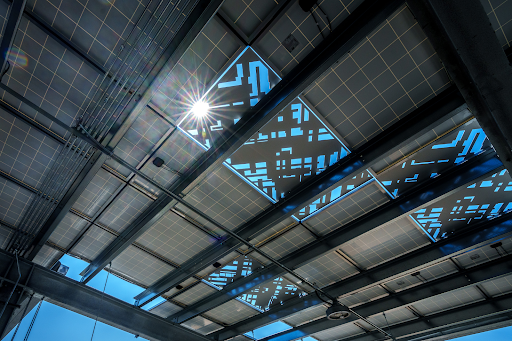 We were asked to help shore up and stabilize Utah’s first-ever green “Living Building”, Architectural Nexus, located on Parley’s Way, on the east bench of Salt Lake City, Utah.

Fifteen minutes after we began to drill with our clay bits, we had to stop the penetration. About ten feet down, the soil was riddled with cobble, large rocks, river rock, silt and other encumbrances, which made it nearly impossible for the timeframe the owner had given us, to get through. Since we’d previously performed on multiple projects in that same area of Salt Lake, we figured we’d be completely set on doing what we had normally done in the past. However, about fifteen minutes into drilling, large boulders helped us realize that this particular site would be no normal project.

We shortly came to the obvious conclusion that if we were to negotiate this tough soil for permanent stability, we’d have to get more innovative: We then installed a much more powerful machine and pulled out and installed our much heftier, sturdier four-inch-circumference drill bit. We placed the entire upgraded drilling apparatus over our previously-breached hole, and fired it up. Within minutes, our tougher, larger bit began to chew through the rock, pulverize anything standing in it’s way, and started to bore systematically through the levels of rock.  Throughout the day and a dozen piles later, on each of our carefully-laid-out holes, we were able to drill down concentrically (straight) through all of that hard rock and debris, all the way down until our drill pushed through and fastened into the deep bedrock, thirty feet down. With our grouted special-green micropiles, we were able to properly secure the new building, by solidifying and shoring up their new, spaciously-designed, solar-powered parking garage. (pics)

Let us relieve your stress.